` How to prevent smells from farm slurry | Wildon (UK) LTD

Home / How to prevent smells from farm slurry

How to prevent smells from farm slurry

Using farm slurry – a mix of manure, water, and potentially straw – to fertilise farmlands is an effective and economical practice. These waste products are a valuable fertiliser, however, by their very nature as waste, associated unpleasant odours are an unavoidable by-product which have to be dealt with. Although some odour is to be expected, consistent or particularly strong smells can be problematic and result in complaints from neighbours. So, let’s take a look at ways you can control smells from farm slurry. 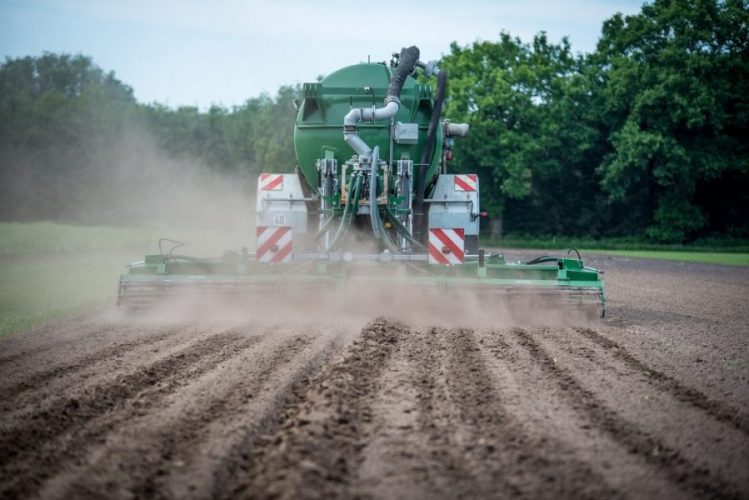 Often, pungent farm smells aren’t a consistent problem for your neighbours and are only noticeable during or after particular tasks. Manure spreading across your farmland is one of the primary tasks which can result in unpleasant smells spreading. If you are using slurry to fertilise your fields, you can either spread it in one of two ways: letting it flow, in a controlled manner, out of a tanker or by injecting it straight into the soil. Letting slurry flow straight out of the tanker can result in strong waste odours being dispersed. However, by using the injecting method, you can vastly reduce the amount of odour given off.

A somewhat more unusual solution for reducing odours is to manipulate the diet of your livestock. Quite simply, once digested, different kinds of food can result in stronger odours in manure and so altering diet can be a proactive preventative step. It has been suggested that reducing crude protein levels and increasing crystalline amino acids is a potential way to go about this dietary adjustment.

Filters have been developed specifically to tackle the odour issue of farm slurry. Hydrogen sulphide is a particularly problematic gas released from slurry – in low quantities it produces a rotten egg smell but in high concentrations it can quickly knock out your sense of smell and prove fatal. Hydrogen sulphide is attracted to iron and so if you install an iron filing filter, you can capture much of the gas. Further biofilters can also be installed to trap and reduce other undesirable elements and their odours.

To some degree, slurry and manure smells are just an inescapable part of farm work. However, when it comes to work like slurry spreading, which has the potential to be particularly smelly, you can take certain precautions to try and reduce lingering smells. It’s good practice to carry out slurry spreading on windy days to help naturally dissipate odours. What’s more, tree banks placed strategically to dilute and partially block odours drifting in your close neighbour’s direction can help.

Wildon UK are sewage treatment specialists operating across the UK. With over 20 years of experience, our expertise extends into agriculture waste solutions and we can offer a variety of effective farm slurry system solutions. Our highly trained team can handle installations, maintenance and repair work. Simply get in touch with any enquiries.