` New Build Homes in the UK Putting Pressure on Drainage

New Build Homes in the UK Putting Pressure on Drainage 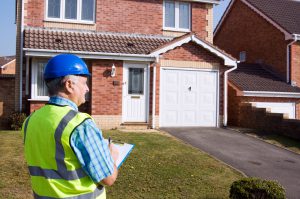 In an effort to alleviate the UK’s housing crisis, the government are aiming to build 1 million new homes by 2020. While this effort could make things easier for upcoming generations, there are fears that a rush for new homes may lead to increased flood risk throughout the UK.

In this article we’re looking at the potential impact new homes can have on drainage, and what steps should be taken to reduce this impact.

A continued obstacle for new developments comes during construction. Instead of designing homes with sustainable drainage systems, new builds are instead connected to existing drainage networks. This can overwhelm the drains, leading to a greater risk of flooding.

The Flood and Water Management Act 2010 proposed that all new homes should be constructed with sustainable urban drainage systems (SuDs). Green roofs and permeable paving are examples of SuDs which act to delay and control the flow of water into drains, preventing overflow.

However, these plans were never implemented. Developers were instead left to voluntarily include SuDs in their builds. This way, new homes could be built quicker without having to wait for SuDs to be designed or approved before construction.

Without the widespread acceptance of SuDs, the influx of new homes has lead to greater strain on our drains and sewer networks than ever before.

The cost and cause of flooding

Flash floods are becoming more and more frequent across the UK. They cost an estimated £260 million a year and can cause significant disruption and damage to entire towns. Climate change also influences flooding, and will continue to do so over the coming years.

Plans are needed sooner rather than later to reduce flooding and control the damage floods can cause. Slowing down or preventing water from reaching drains or flowing back into rivers is an effective way of managing flood risk, and SuDs can do just that.

Proper, modern surface drainage solutions are needed to combat the rising risk of flooding in the future. If new homes are built at the rate put forward in the government’s plans- roughly 300,000 new homes a year – the already over-capacity drains will suffer even more. The UK already sees over 20,000 instances of sewer overflow, and this number will only rise unless a new focus on drainage comes to fruition.

Better for the environment

The current process of connecting new homes to the mains drainage network, while fast and simple, only exacerbates the flooding issue. Green roofs and retention ponds, for example, can help to curb this pressure while also providing a sustainable habitat for wildlife. Environmental protection is an important issue that is closely linked with the cause and impact of flooding, and SuDs can be an effective way of safeguarding both our communities and those of the UK’s vast wildlife.

Looking to the future

At the current rate, flooding will only become a tougher and tougher prospect to manage. The country’s outdated sewer networks simply weren’t built to handle the demand being placed on them. Areas already suffering from high flood risk can hardly afford to take on more homes that aren’t built with flooding and drainage in mind.

The housing crisis is something that needs to be taken seriously, but so is the continued issue of flooding. Solving one doesn’t necessarily mean sacrificing the other. Building new homes that are designed around sustainable drainage can still be done quickly and affordably, and is vastly more preferable than simply dealing with the consequences later on.

Wildon UK provide a comprehensive range of drainage services, including drain unblocking, drain jetting and drain repairs. We can help you recover after a flood, with modern and effective pumps available to remove excess surface water. To find out more about all of our services across the whole of the UK, get in touch with our friendly team today.