` What Are The Symptoms of a Blocked Drain?

Home / What Are The Symptoms of a Blocked Drain?

What Are The Symptoms of a Blocked Drain? 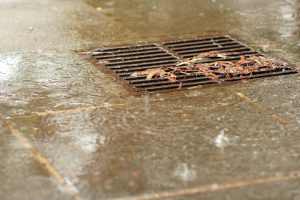 One of the most common problems with drains is that of a blockage in the pipes. This can be through built up waste or a more drastically, a collapsed pipe. What was once a small drainage problem, which is initially easily ignored, can become a much bigger problem which left untreated can damage your property and escalate in costs to repair.

Some of the common blockage problems can be prevented simply through alternative waste disposal. Disposing everyday household waste down the drain or the sink may be a simple option, but continual waste disposal down the sink or drain will eventually result in a blockage as this is not what your drain is designed to deal with.

Waste can become stuck in the pipe or drain and become difficult to shift. As household and everyday waste gradually begins to build up, foul smells can occur. Initially you could try using unblocking fluids, but in the long term this is not a great solution. Instead, simply disposing of cotton wool buds, ear buds, kitchen leftovers or grease and fat in the rubbish bin as this will prevent your drain blocking in future.

Nevertheless some drainage problems cannot be prevented so easily; for instance a collapsed drain. Blocked drains, which are left untreated, can produce foul smells and become unpleasant to live with. Leaving a drain blocked over a long period of time may result in damage to your property through leaking water but there are steps you can take to deal with this.