` What Happens When a Sewer Requires a Discontinued Part? | Wildon (UK) LTD

Home / What Happens When a Sewer Requires a Discontinued Part?

What Happens When a Sewer Requires a Discontinued Part?

The sewage system is a network constructed of pipes that connect to each building and transport sewage to a wastewater treatment plant. Problems arise when sewage is being transported through broken and/or blocked pipework, causing harmful sewage spills. Sewage spills are highly dangerous, having been known to create emergencies including:

The most common causes of sewage spills are from grease build-ups, structural issues (such as tree roots growing into the pipelines), and unauthorised inflow such as rainwater entering through cracks and pipe defects. When these issues arise, this often means that the pipeline (or part of it) needs to be replaced. However, the UK’s sewage system was implemented mid 1800’s; since then, there has been regular maintenance, extensions, and replacements to sustain the sewage system’s functionality. Due to the age-old origin of the sewage system, many of the replacement parts needed have often been discontinued. 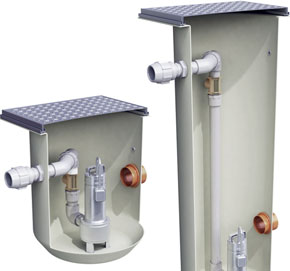 New parts can be manufactured using bespoke steel fabrication, which enables you to have particular parts developed for any sewer, so you don’t have to replace the entire length of pipeline. Here at Wildon UK, we have plenty of experience in dealing with replacing niche sewage parts and pipes, having recently replaced parts on an 80 year-old biological filter distributor. We construct obsolete equipment and unusual items of machinery so you won’t be left out of pocket after a sewage leakage.

The team at Wildon UK are experts in sewage treatment and drainage and can advise you on different potential systems or new parts. For more information on bespoke steel fabrication, contact a member of our experienced team today!